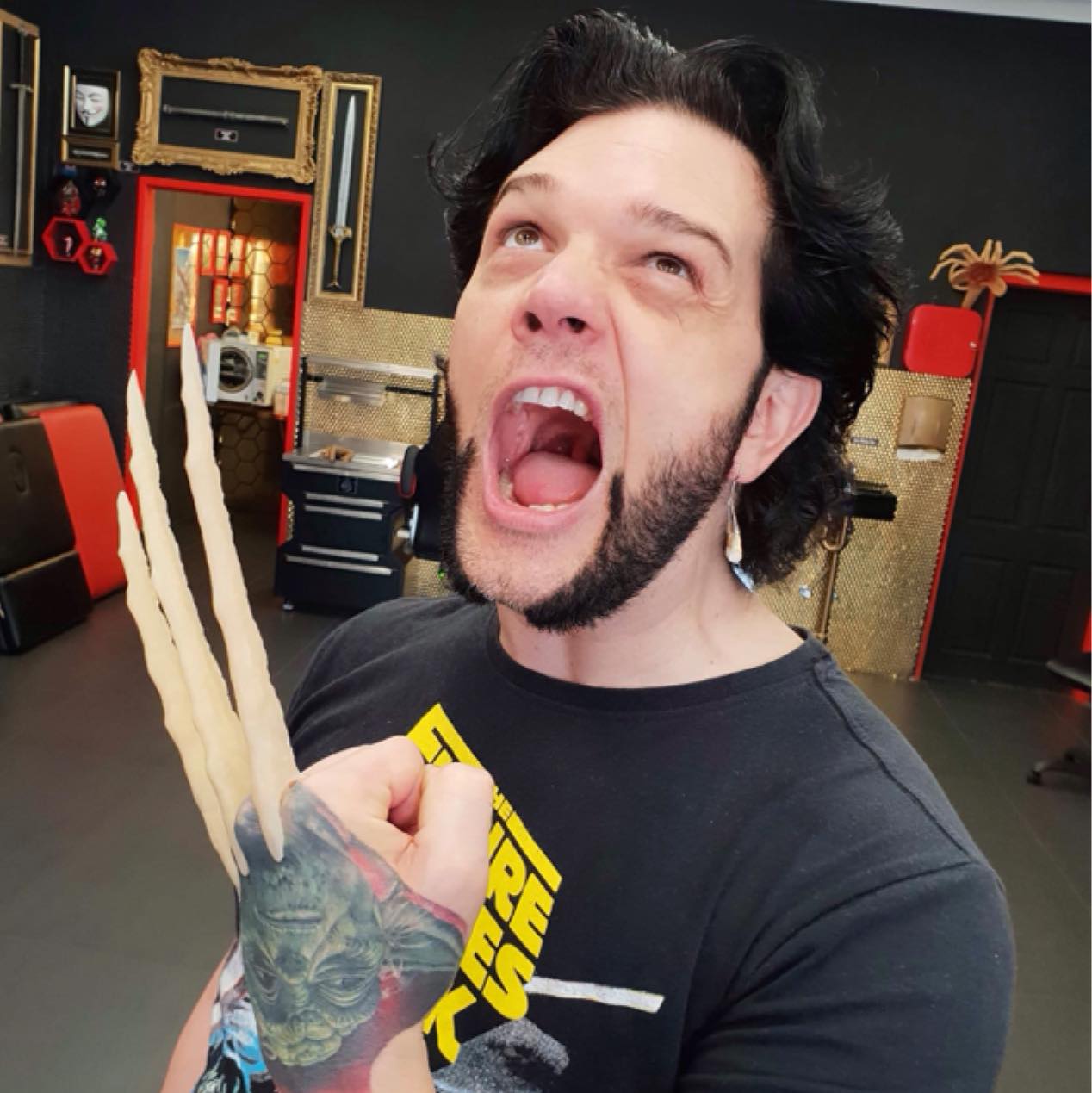 As a Tattooist: Paul started tattooing when he was 26. Working in studios around Sydney, Australia, he honed his craft doing walk-ins and custom jobs. He then left the industry for a while to persue travel, writing and his comic book work. Recently, in the last few years, he has come back to this amazing artform.

He now specifies in GEEKY orientated tattoos. He uses his 10+ years experience in the Comic book art world and translates it into amazing, bold and vibrant tattoos. With very few people actually specialising in this field Paul is able to bring to life any dream that a customer may have. From a Hellboy sleeve to a small Pokemon wrist tattoo. Paul always take the time to sit down and make sure that you recieve a quality, affordable and unique tattoo that brings to surface the inner Geek.

As a Comic Book Artist

Paul started working in a comic book store in Newtown, Sydney, Australia when he was 21. It was at that time he went to his first comic book convention and developed an interest in drawing comic books after seeing David Yardin’s portfolio. He produced his first book “How Abstruse”. More of a fanzine and a social commentary on his life, his father saw it and suggested that he do it properly. 6 issues later he had drawn his first series “The Cyst” Originally a post apocalyptic story (Later it was converted to a spoof under the guise of Chicky Edward). A writer by the name of Christian Read spotted his work and teamed up with him to do a proposal for a Graphic novel called “Witchking” It was accepted by a local publisher by the name of “Phosphorescent comics”.

He then decided to follow his dream. His career went into overdrive and he set off for the promised land, Big Apple Con in New York. He even pitched a book to the well known Reality TV series American Chopper. The following year he went to San Diego Comic Con. There he met some of the biggest publishing house editors and started to make some contacts.

Since then he has work numerous national and international comic books.