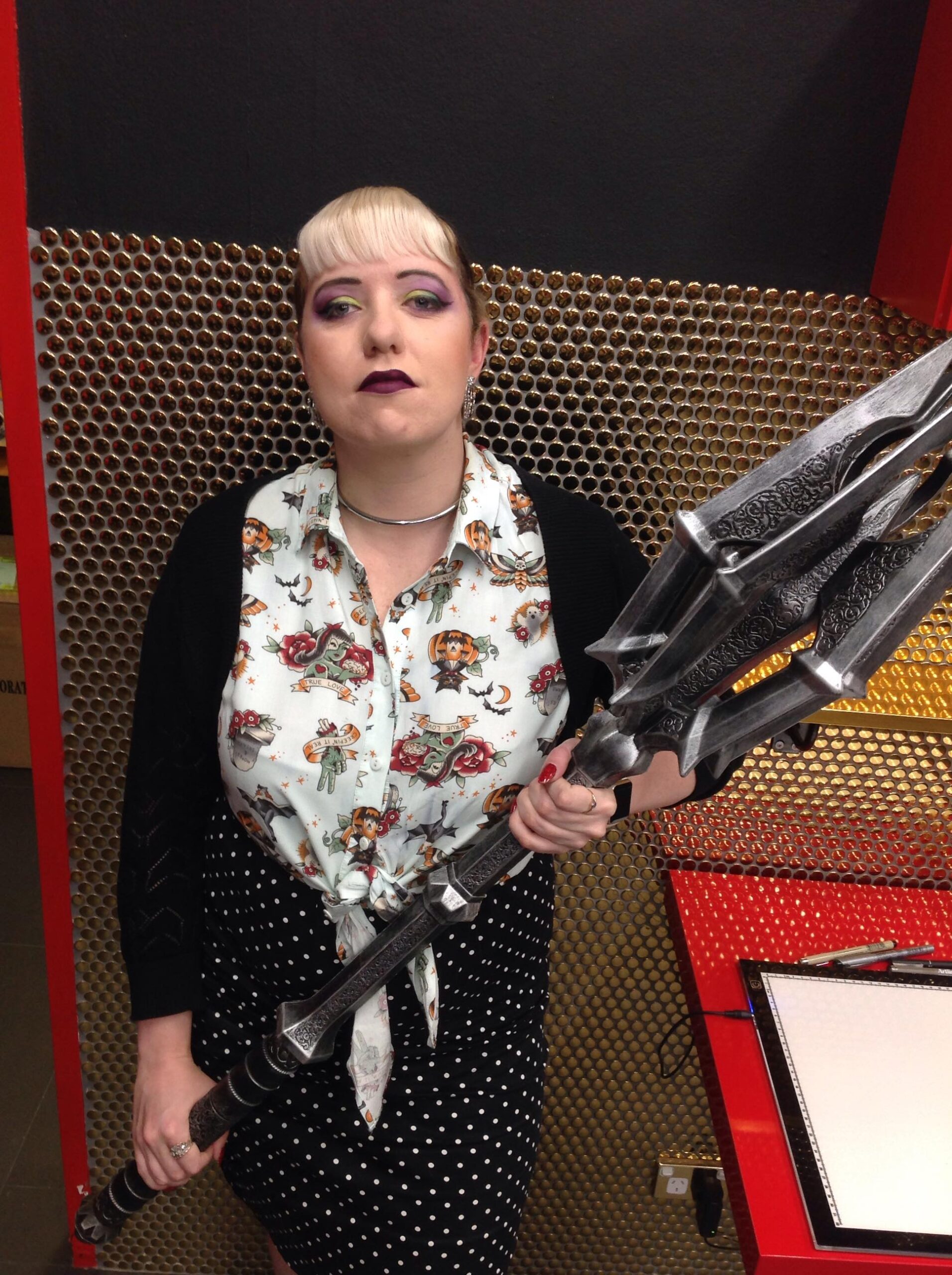 Make a booking with Cass

Cassandra James is a former comic book artist from Tasmania. Known for illustrating Tamora Pierce’s ‘Legends of Red Sonja’ and Alex De Campi’s ‘Valentine’ published by Image comics. In 2012 Cassandra travelled to San Diego Comic Con and was featured on the ‘Womanthology’ panel by IDW promoting the graphic novel featuring an all-women led team of the same name.

Cassandra’s involvement in the local and international comics scene was what first brought her to the acquaintance of Paul Abstruse, fellow comic book artist and future creator of the Abstruse Tattoo Studio. Cassandra has always had an interest in art, apparently begging her Mother from a very young age to bring home blank paper and not colouring-in books so she could draw her own characters and Worlds. Much of her early work featured her favourite anime, videogame and other pop culture characters. The X-Men (mostly Rogue and Storm!), Sailor Moon and Sonic the Hedgehog. These early influences can be seen in her work today as she brings her love of that comic book pin-up style to her tattoos.

Cassandra specialises in bright, colourful pin-ups with a classic art nouveau influence which give them a uniquely feminine touch. Cassandra also occasionally works in the increasingly popular watercolour style and enjoys combining artistic, watercolour elements with the neo-traditional style.

Make a booking with Cass