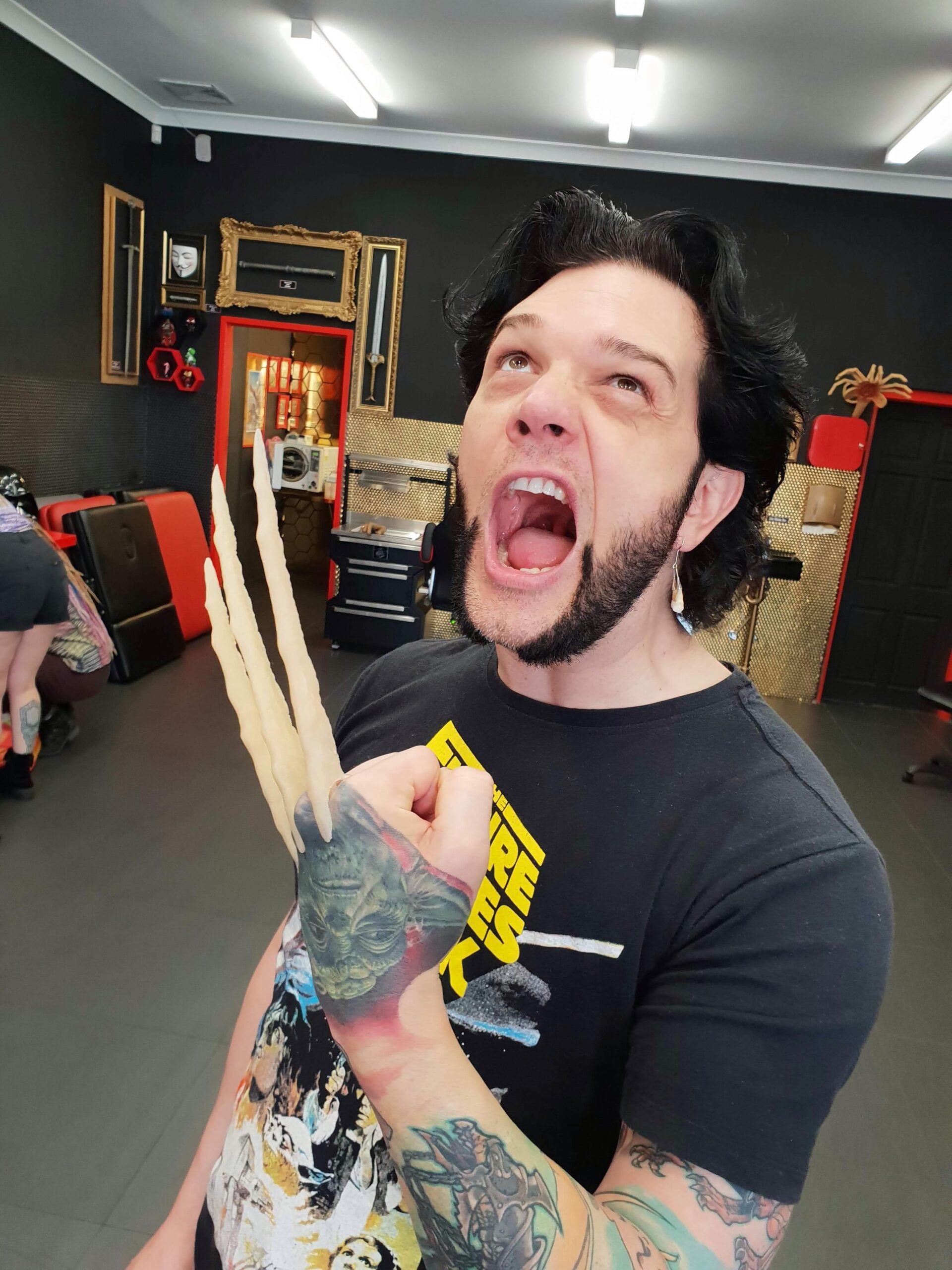 Paul was spat out into this world in March of 1977.

From an early age he was fascinated with cartoons and sci-fi movies. Action films were a massive influence with him during the 80’s and of course let’s not forget all of those amazing 80’s toys that came out. His wild imagination always ran away with itself taking him to far away lands.

So naturally he bundled all of that imagination into the outlet of drawing. He was terrible of course, but he persevered. Though it wasn’t until his early twenties that he really sunk his teeth into drawing and became a professional comic book artist. His first independent graphic novel Witch King was a success and it inspired him to continue to find work in the United States. He ended up working on titles such as Left Hand Path, Grimm fairy tales and My Little Pony.

These days he tends to lean towards colour portrait realism. To him realism is the final frontier. He enjoys the challenge of colour theory and how to improve with each tattoo. He also specialises in comic book style paying homage to his Comic book artist roots.